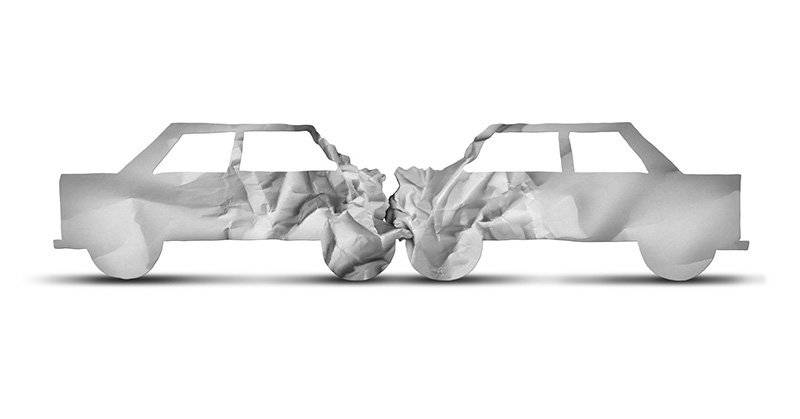 By Hoffman Brown Insurance | Crash Test | No Comments
Share This:

An inside look at the Insurance Institute for Highway Safety tests.

Located off a country road just on the outskirts of Charlottesville, Virginia, is the Insurance Institute for Highway Safety (IIHS)’s state-of-the-art crash test facility. Dedicated to reducing losses from crashes on the nation’s roadways, this organization works to examine how certain cars behave in a crash. The IIHS conducts scientific studies on everything from headlights and auto collision safety to the impact of alcohol and drugs on motorists behind the wheel.

It wasn’t until 1995 when IIHS began testing the crashworthiness of vehicles. The tests have led to auto manufacturers making significant improvements in the design of their vehicles and enhancing safety features. Below, we give you some insight on just how these tests are conducted.

Testers at the IIHS buy two cars of a given model from dealer lots. Then, they drain the electrolyte from the batteries and replace the gasoline in the tanks and fuel lines with a testing solution that poses less risk of catching fire. Once the simulated crash is complete, they can measure the risk of a fire in real-world conditions by examining how much of the fake gas spilled out of the car.

When it comes to car crashes, size does matter. The IIHS found that smaller cars do not do well in a collision with a mid-sized car because the larger of the two will force the smaller vehicle backward, causing more damage to the motorists. The laws of physics also conclude that larger, heavier vehicles are safer in a crash than smaller, lighter cars. However, newer hybrids have been found to be safer in a crash because the battery adds around 10 percent to the total weight of the vehicle.

From front crash tests to side impact crashes to roof strength, the IIHS can conduct a wide variety of tests to examine the safety of any given vehicle. Testing roof strength helps to determine the impact on the car and occupants in rollovers. The side impact testing allows the IIHS to evaluate the impact of underside protection guards as well as the vehicle’s safety measures such as side airbags and seatbelts.

In the crashes, dummies simulate the human response. IIHS has ten to twelve dummies that they regularly use, each with sensors to measure what actually happens during a crash. Testers can coat the head and knees of the dummies with greasepaint to see where they made contact with the car. After the crash, they can check the car’s interior for smudges. The information is then evaluated and fed back to the necessary departments, helping to improve safety measures and features.

There are incidents which are sometimes out of our hands, and the best we can do is be prepared and informed.   For all of your auto insurance needs to keep you protected on the roads, contact Hoffman Brown Company in Sherman Oaks, California.